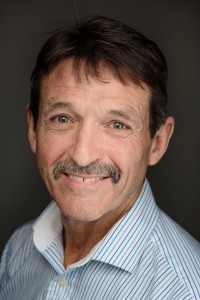 Dr. Tancock was born and raised in Burlington, Ontario and at the age of ten, moved to Unionville, Ontario. He attended Markham High School and graduated in 1968.

Dr. Tancock earned a History degree at Wilfred Laurier University. He attended the Canadian Memorial Chiropractic College in Toronto from 1974-1977 and upon graduation moved to Victoria, B.C where he has practiced ever since.

Dr. Tancock started practicing in 1977. His brother Dr. Jeffrey Tancock joined him in 1983 at which time they opened their current practice. They shared a satellite practice in Ganges on Saltspring Island for one year while focusing their attention on their Victoria office.

Dr. Tancock is married and has a son and a daughter. Dr. Tancock feels very fortunate to have the opportunity to be in British Columbia and Victoria and to see Chiropractic grow over these past years and is excited to see what the next generations of Chiropractors will bring.